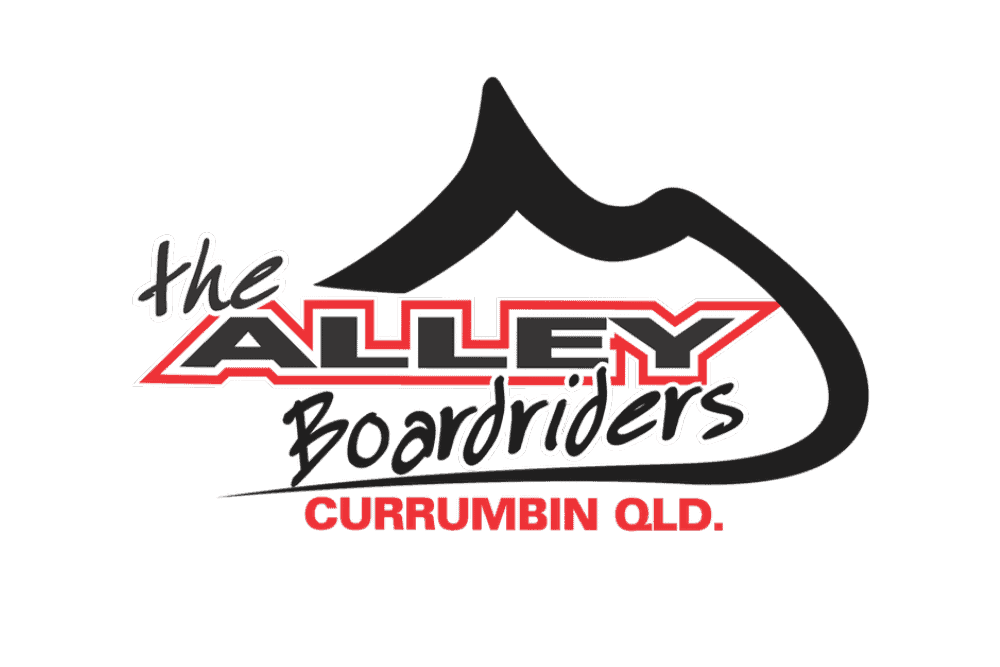 Currumbin Alley Boardriders is made up of a group of passionate surfers based on the Gold Coast, QLD Australia who meet regularly for competitions and surf sessions, and they have been doing so for more than 35 years.
Family fun, Performance and Passion for surfing lie at the heart of the club’s rich history.

Currumbin Alley BRC members pride themselves on being a community-based club, where everyone can come to have fun and share good times together! In 1981 Keith Halford and Brad Smith called a meeting at the Palm Beach Hockey Club on Mallawa Drive for interested surfers to form a Boardriders club.

The ground swell of support for the idea led to the Salt City Boardriders Club.

The focus was to develop a competitive Surfboard Riding Club for the areas surf crazy youth to call home.

That inaugural meeting saw the development of a club which has nurtured many champions in and out of the water. Currumbin Alley BRC today boasts one of the largest contingent of Grommets in Australia. The continued development of Junior Surfers is a priority for the Club with the regions more senior members always willing to the continued passing on of their surf knowledge and skills.

Since its Establishment in 1981, Currumbin Alley has produced notable surfers including Luke Munroe, Grant Frost and Mark Richardson. Currumbin Alley President Jeff Butler saying the club is committed to assisting the club’s amateur competitors to achieve their professional goals.

The surfers from Currumbin Alley named to compete in the Usher Cup are Will Morrison, Oscar Berry, Jaiden Elgey for the men, with Jade Wheatley and Gil Ferriera nominated to contest the women’s division.

“Of course, we had to put a stop to our contests and training sessions but it seems like a lot of our members spent a fair bit of time in the water as there was quite an improvement in a lot of our kids when we came back.”
“It’s a great opportunity for the club, especially because it’s a grassroots event. It offers a chance for kids to showcase their talents as well as promote the healthy surfing lifestyle.”