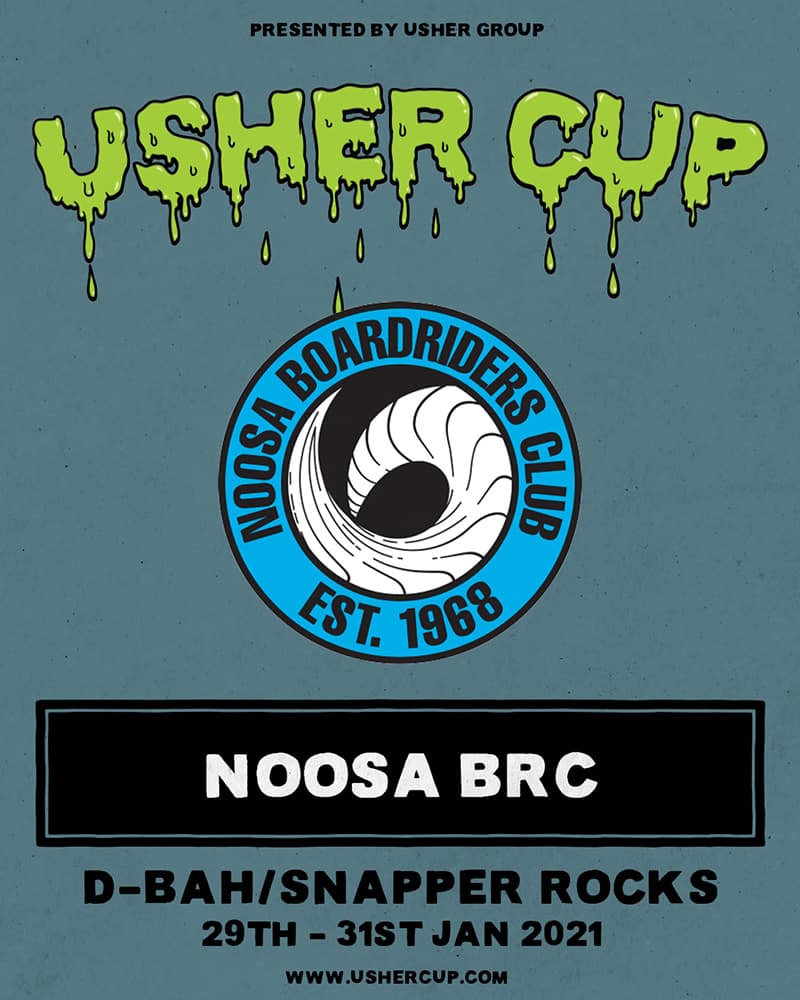 The Noosa Board riders’ origins date back to 1968 when founding president Mr Peter Troy an Australian Surfing Hall of Fame inductee gathered his mates together and created what has become one of the most iconic board riding club in Australia. In 2018, the famed break and much celebrated club it’s 50th anniversary.

Like many BRC’s the Noosa Board riders Club is committed to serving the community, and have initiated a number of programs including the “coach and play” program.

The program is for 4–6-year old’s, and aimed at introducing them to the sport of surfing, while also enhancing their ocean skills, providing social and health benefits.

Club President Paul Peterson saying the emphasis placed on grass-roots development by the Noosa BRC made entering the inaugural Usher Cup contest a no brainer.

“Grass roots surfing is the foundation to elite levels surfing in Australia. Countries like Brazil and the USA will overtake us if we don’t concentrate on advancing our own.” Peterson said.

Noosa will be entering Cooper Davies, Noah Stocca and Aaron Kelly with Thomas Cervi named as reserve. In the women’s the talented Liliana Bowery and Vittoria Farmer have been named, the club nominating a team of quality QS level surfers.

Paul saying the team’s representatives are looking forward to the contest after a frustrating 2020 campaign.

“The team we have selected have been affected both financially with endorsements being halved or removed, and all have had travel to overseas events cancelled.”

With the club committed to the continued development of the sport and surfing across the Noosa Shire, the Noosa BRC will certainly be one of the teams to watch at the Usher Cup being held at Duranbah and Snapper Rocks from the 29th to the 31st of January