The Race to the Decider 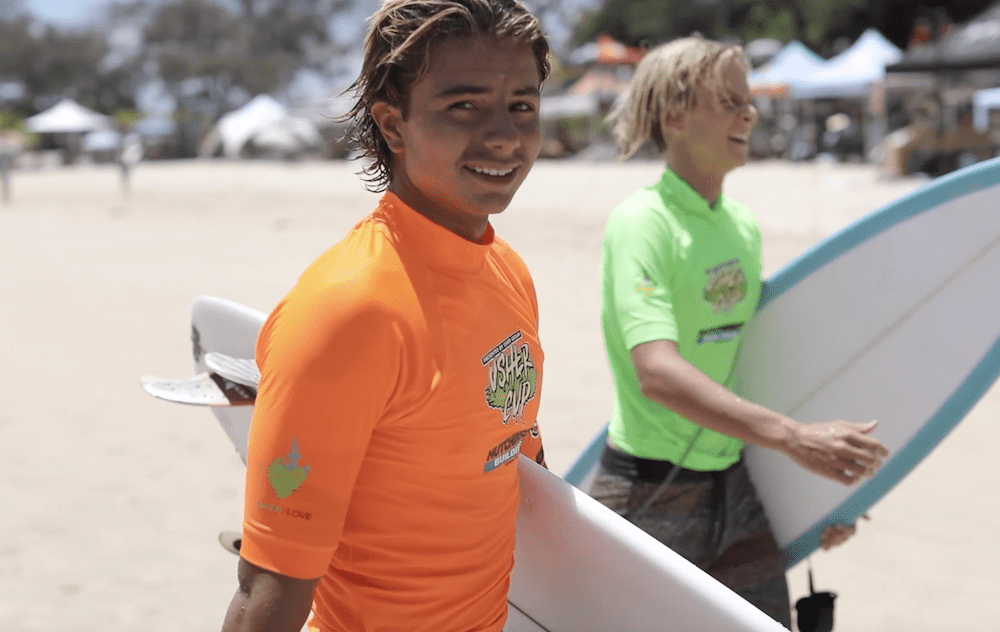 Day 3 of the 2022 Usher Cup, and Snapper Rocks has turned on another stella day, the iconic surf break providing those still in finals contention with every opportunity to put their skills on show and compete for a slice of the $73,000 dollars in prize money.

It certainly seemed like the surf gods were watching as thick storms bypassed the competition zone which was not only bathed in sunshine, but also blessed with clean, competitive swell.

The large crowd on the beach were treated to a host of thrilling heats as the presser built and a number of top seeds bowed out.

Round 2 provided a nail-biting finish with round 1 winner Damon Harvey a shock elimination.

Cooper Chapman progressed the hard way, up against former WSL competitor Nathan “The Hog” Hedge, while Snapper’s Sheldon Simkus cruised through his morning heat with a performance which emulated his blistering run yesterday.

Xavier Huxtable scored an impressive 14.23 in a high intensity heat, however impressive round one winner Zeb Stokes who was edged out by Chris Zaffas.

Nathan Cook and Jaggar Bartholomew hit the water as combatants for the second time this morning, both progressing through to the semi- finals, while the inform Alister Reginato fell just short.

Snapper’s own Mitch Parkinson cruised through to the quarter finals with an impressive 16.67 after sitting in fourth position for much of the heat.

There was plenty of interest in the first quarter final as last year’s runner up Jaggar Bartholomew snagged second place with his final ride, the contest claimed by Nathan Cook from D’bah yet again.

Quarter final two had the crowd on the beach and viewers of the live stream around the world on the edge of their seat as Ben Lorentson shot from last and into first position with just seconds left on the clock.

Reef Doig took out quarter final three ahead of Nathan Hedge while Mitch Parkinson and Joel Vaughan claimed the final spots in the semi-finals.