Usher Cup Co-founders Theodore Vairaktaris and Wayne “Rabbit” Bartholomew have repeatedly stated that their aim was to create an event which provided a career pathway for the country’s emerging surf stars.

While the Usher Cup finalists’ winners understandably share in the lion’s share of the prize pool, contest director Wayne “Rabbit” Bartholomew wanted to ensure that every competitor left the beach a little richer.

“We really wanted to make sure there was a really nice breakdown, so even, you know in the women’s division, equal 41st, you come fourth in your heat, you still win money, same as the men’s, everyone down to 96th place wins money.” Rabbit said.

It’s a strategy that has certainly worked, with excited junior surfers from around the country proudly flashing their cash as they were eliminated from the contest.

“The really cool thing is that yesterday was young girls coming in who had never won prize money before and they got 17th place and they open the envelope and there’s $400 dollars in there, you know that’s a big deal and I think one of the young girls made the semi-finals and won $800 dollars, if you just missed the final, it’s disappointing to just miss the finals, but you walk away with a $1000 dollars, and if you make the final, and obviously if you make the finals, the big money is in the finals, it just makes everyone feel good.”

Theodore Vairaktaris, saying the second instalment of the annual surf contest had more than lived up to expectations with fantastic club representation, amazing junior talent on display and prizemoney for all.

“To see the girls that come 25th place, they won $300 bucks and equal 17th place they won $400 and I saw little Mia up there and she came 9th and she won $600 dollars, she was waving the six hundred bucks cash up the air in front of her mum and it was just a really warm to my heart there to see that it doesn’t matter what position you come, it’s all about community and unity here at this event and they all walk away with prize money.” Individual expression prizes are also on offer, issued to the male and female competitors with the highest score, while there are also cash prizes issued for the best ariel, most creative display, and an award for best spirit of Usher Cup.

For those taking part in Sunday’s finals, winners will receive $7000, second place receives, $3500, while third leaves the beach $3000 richer.

From a club perspective, the winning Boardriders club receives $3000 with teams judged on the three male and top females combined scores. Runners up receive $2000 with third place awarded $1000 dollars. 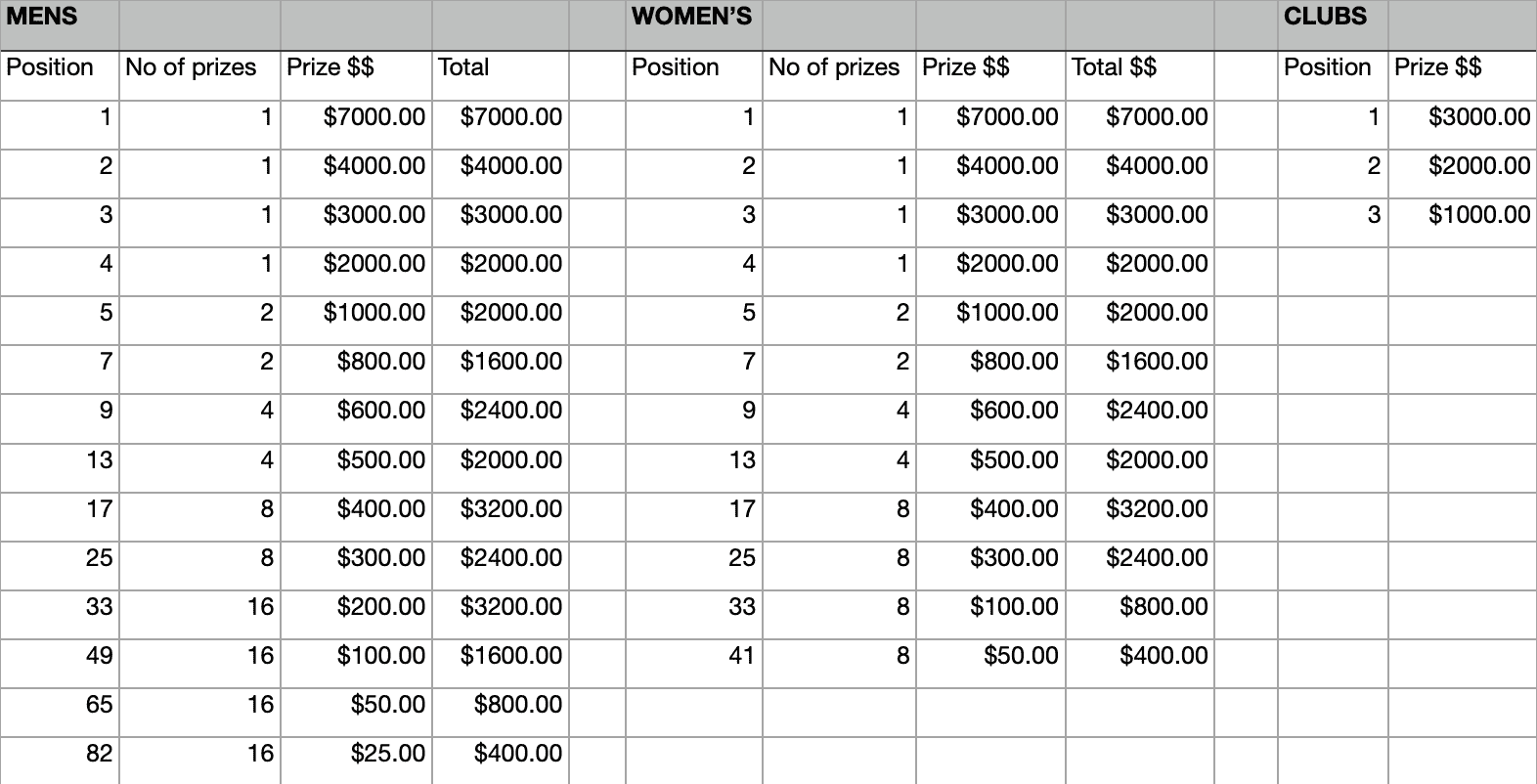