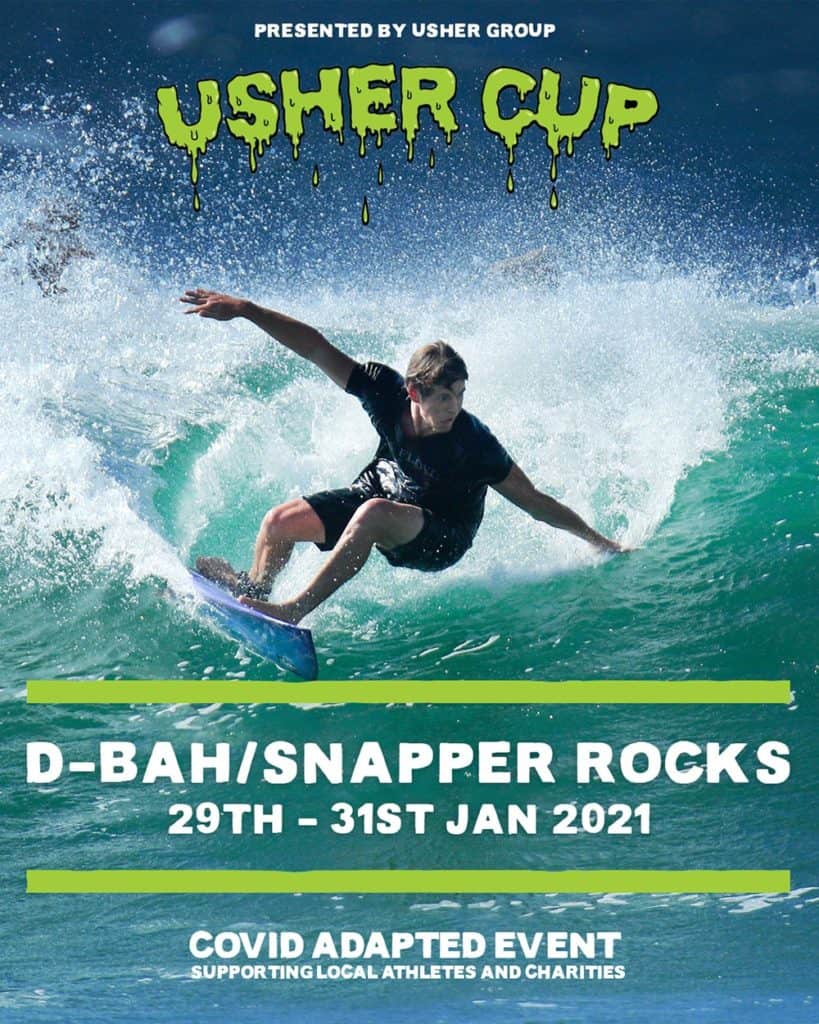 Predicting Australia’s weather patterns has had even the most seasoned forecasters and meteorologists scratching their heads over the past twelve months, the country ravaged by fire, floods and a series of unseasonal, unpredictable, savage storm cells.

History, however still plays a key role in predicting contest windows and a dive into the archives paints a pretty promising picture for the inaugural Usher Cup surf Contest.

With 21 Board riders’ clubs from Coffs Harbour to Noosa set to contest the three-day event, the country’s leading male and female surfers can expect mostly favourable conditions in and out of the water.

Friday the 29th  Day one of the contest, and the weather is expected to fluctuate between 22 and 27 degrees Celsius. While the cloud cover is expected to make conditions on the beach more comfortable for contestants, Contest Director Wayne Rabbit Bartholomew will be keeping a close on the surf and wind patterns, with gusts of up to 33klm’s an hour expected to blow into Duranbah during the afternoon.

Similar conditions are predicted for Saturday’s second day at Duranbah, however those fortunate enough to progress through to the finals at Snapper Rocks have been gifted with near perfect conditions predicted for the men’s and women’s finals.

A low of 21 degrees and a high of 27 have been forecasts with only slight cloud cover and reducing winds expected to provide a stunning arena for the nations emerging surf stars to compete in.

The weather conditions are a result of the ‘La Nina’ weather pattern that Australia and much of the islands across the Pacific Ocean will experience in 2021. In general, La Nina brings increased rainfall, cooler daytime temperatures, with the thermometer slightly elevated by night.

Beach goers over the same dates in 2020 sweltered in 30+ degree Celsius days.

Contest organisers will be hopeful a friendly swell ad to the predicted ideal weather conditions for the inaugural Usher Cup.