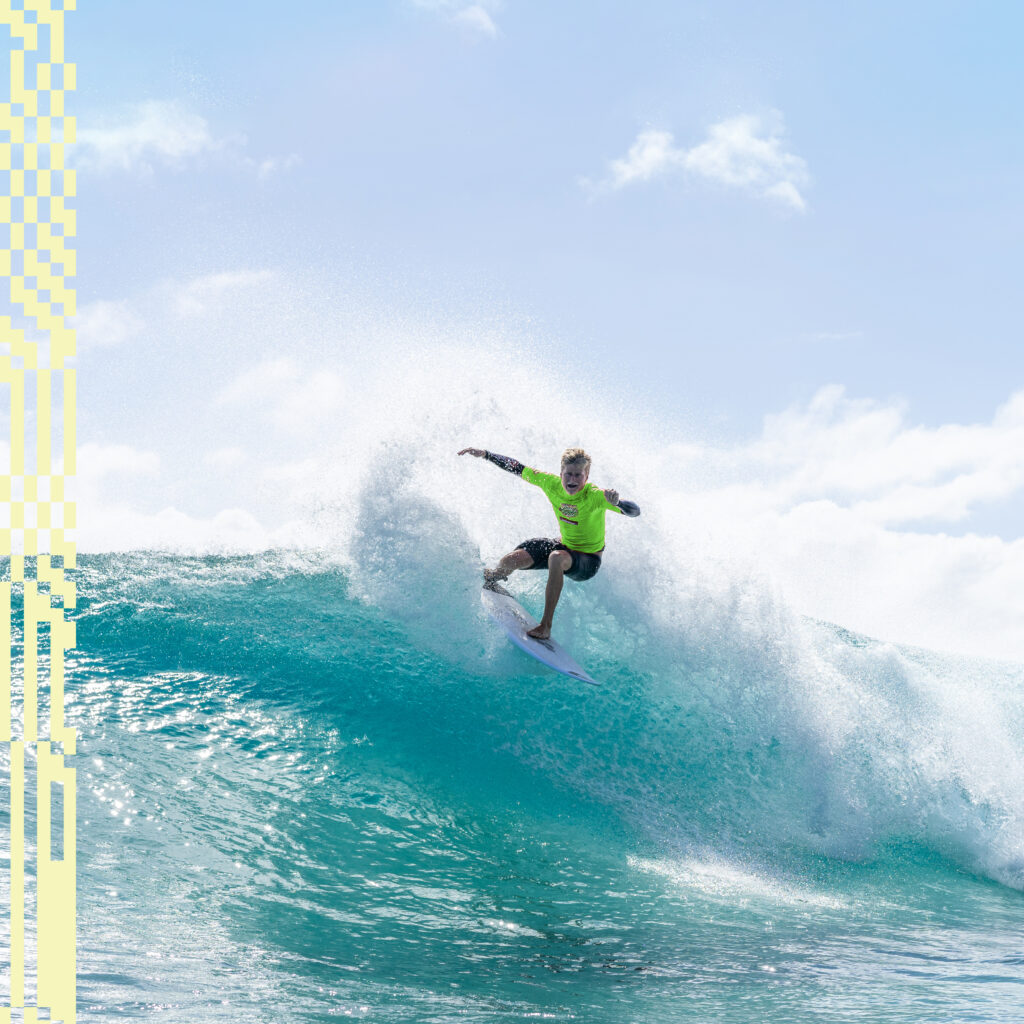 Initially created to provide the countries emerging junior surf stars with a stage to showcase their skills and develop, the annual event has quickly evolved into much more, now officially recognised as an Olympic Pathway event with the Gold Coast and Snapper Rocks in the running to host the 2032 Olympic surf events.

To be staged at Snapper Rocks on the Gold Coast from the 19th to the 22nd of January 2023, eight international boardriders clubs from six countries including Japan, New Zealand, Bali, the USA, France and Hawaii is a huge coupe for the annual grass roots surf contest, which this year has also attracted twenty-three of the best teams from around Australia.

A three day event in previous years, the Usher Cup expands to four days in 2023 following the introduction of the World Club Challenge.

Co-Founder Theodore Vairaktaris saying providing a pathway for those club surfers looking to forge a professional career is a key objective of the Gold Coast contest.

“The Usher Cup, is an event which caters for grass roots surfing, and that will always be our focus. What the first two years of the contest clearly showed us is that Australia’s best junior male and female stars are super talented, with a host of Usher Cup competitors using the event as a springboard to the Challenger and Qualifying Series, and in the case of Liam O’Brien and Macy Callaghan, the Championship Tour”  – Theodore said.

“With Brisbane, the Gold and Sunshine Coasts hosting the 2032 Olympic Games, there has never been a better time to provide the surfing community with a genuine pathway event, and in 2023 we have also invited a host of international surfers to compete on the Gold Coast which we are super excited about.

So as Boardrider clubs around the country and globe host selection trials to finalise their Usher Cup 2023 teams, they do so knowing that the male and female surfers nominated to represent their club will compete for equal prizemoney on one of the world’s most iconic surf breaks.

To keep up to date with all the latest Usher Cup News, make sure you visit www.ushercup.com

Usher Cup 2023 is proudly supported by Tourism and Events Queensland & the City Of Gold Coast.